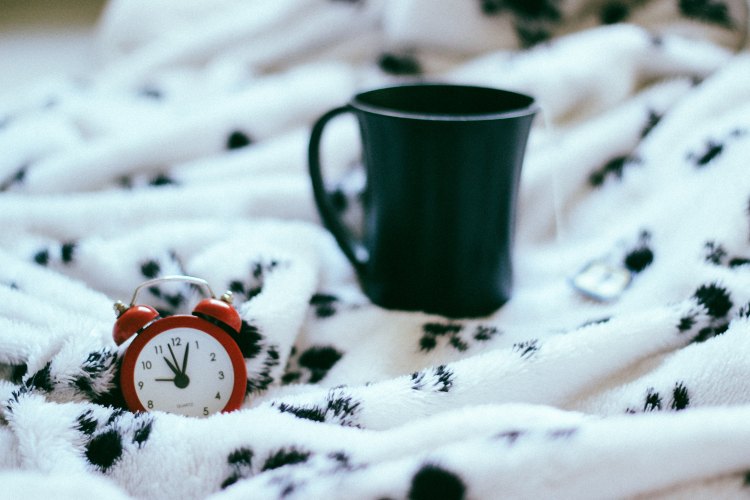 I’ve written a lot about baby sleep so far in this blog, and anyone who has ever been a new parent can probably understand why. Babies need a lot of sleep, but they fight sleep at all costs, making for a truly difficult and frustrating combination.

For a while, Izzy was a really good night sleeper. Starting around 2.5 months old, we purchased a DockATot, which was a total game-changer for us. She went from waking every few hours to sleeping all night long, rousing only slightly one or two times a night for a feed.

But around 4 months, things started to derail. The dreaded 4-month sleep regression hit us — but it only affected her daytime sleep at first. Where she used to nap for an hour or two at a time, her naps suddenly became 45 minutes exactly — which is the entire length of a baby’s sleep cycle. But because her nighttime sleep was still pretty good, we didn’t think too much of it.

Around 5.5 months, she started waking every couple of hours again at night — just like she did when she was a newborn. A baby’s sleep cycle is a little longer at night — between 2 and 3 hours — so it would make sense that she started waking herself up consistently throughout the night. The root of all of these problems was the same: she didn’t know how to put herself to sleep or stay asleep. And because we were constantly rocking her to sleep, she needed us to repeat the process in order to get back to sleep. And as she’s getting bigger and heavier, that rocking is becoming more and more exhausting.

So we decided to start sleep training the day before she turned 6 months old. After a lot of consideration and a lot of reading, we settled upon the program found in The Sleepeasy Solution, written by Jennifer Waldburger, LCSW, and Jill Spivack, LCSW. I read the book within an entire afternoon, marking it up with tabs and highlighters, ready to learn as much as possible. The method itself is relatively simple: Have a consistent bedtime routine, put your baby in their crib awake, and check in using a set of intervals. And while I was really apprehensive of listening to her cry, a line in the book stayed with me the whole time gearing up to the big day: “Your instincts to care for her are correct — but remember, you’ve been picking her back up, rocking her, or lying down with her, and none of that has helped her sleep well.”

Before we started the program, we spent a few nights transitioning her from our bed to her own (as the book advises to do so). We took turns camping out on the nursery floor as she slept in her crib for the first time for a few days. In the days leading up to starting the training itself, we talked a lot about the plan, how we would handle our check-ins, and ways to support one another while dealing with hearing Izzy cry for what we assumed would be a long stretch of time.

When the big day came, I was pretty nervous. I felt guilty the entire afternoon, knowing that she was going to be so upset later on. I tried to give her extra snuggles and playtime as though to make up for what was inevitably coming.

But at the same time, I knew we were doing the right thing. I had a feeling Izzy knew how to sleep on her own, she just didn’t know she knew. And it’s not like she enjoyed being rocked to sleep — she complained the entire time, whining and fussing and sometimes crying. I figured it would ultimately be better for all three of us.

When bedtime finally approached, we read her a few stories, I fed her, and then we put her in her crib wide awake. We turned off the light, stepped out of the room, and…cue the tears. (Hers, and mine.) I waited by the baby monitor, checking my phone methodically to see when the five-minute mark would be. And honestly, going in made things worse — she seemed to cry harder when she heard my voice (which is something the book notes is likely to happen).

After the first check-in, I went into our bathroom to take off my makeup and brush my teeth, just hoping to take a break from hearing her cry. When I came back out, it was almost time for the next check-in…but there was silence. I didn’t want to get my hopes up because there was no way that it worked that quickly…but when I went to peek into her room, I was shocked to see that she was sound asleep in her crib. She fell asleep in under 15 minutes — all on her own.

We anticipated that she’d wake several times during the night, but she only woke once — and put herself back to sleep in three minutes. I snuck in a few times to feed her while she was still asleep (the book advises not to feed upon a waking, as not to send mixed messages).

Overall? She did so much better than I anticipated, and I was so proud of her. I gave her a ton of kisses this morning and she was full of smiles — probably because she was so rested from her full eleven hours of sleep.

Of course, I’m totally bracing myself for a different night tonight — and I’m sure there will be other nights that are hard down the road. But the fact of the matter is that she can do it; she can sleep on her own; she is fully capable. And if that’s what it took to make her realize it — as well as us — it’s definitely, entirely worth it.

Comment & tell me: How did you sleep train? What method did you find worked for you?

One thought on “Sleep Training: Part I”