The words “newborn” and “routine” don’t exactly fit with one another, given that newborn babies often have their own ideas of what they’d like to do. And, considering that most babies have their days and nights switched at the start, a lot of what goes on in the beginning is trying to make them not-so nocturnal.

That being said, babies — like all humans — are creatures of habit, and if you pay attention, you’ll notice patterns soon developing. Newborns are probably too young to get on a “real” schedule, so any semblance of routine will be dictated by them — not the mom.

When Izzy was about one month old, I found that we were in some sense of a routine, but she created it. Meaning, I followed her cues to figure out when she was hungry or tired, and from there, something similar to structure was born.

One of the things I discovered early on is that googling “newborn routines” and trying to copy someone else’s can be disastrous, since every baby is different. However, there are certain things that most babies do have in common (like the need to eat every couple of hours, and the amount of sleep they need throughout the day). To that end, I found looking at other people’s routines helpful, as it helped me decide whether or not I was on the right track.

With that in mind, here’s an example. 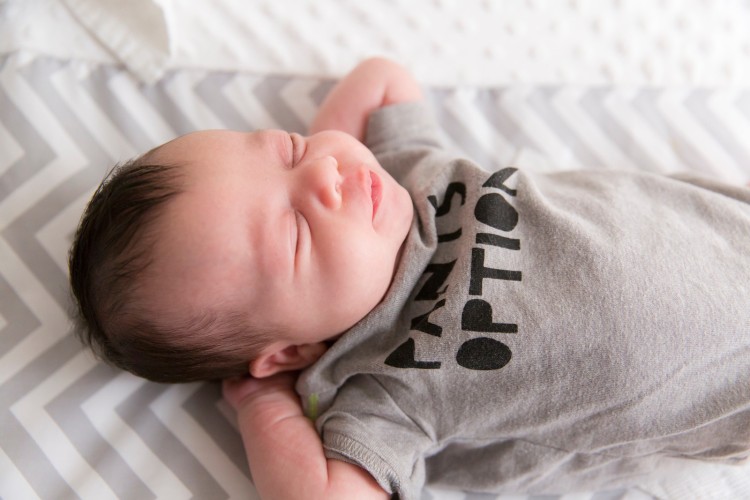 • Newborns have very short wake windows; meaning, after about an hour or so, they become tired and can get overtired quickly. She slept A LOT during the day, and I often had to wake her to eat. Her wake windows gradually began to lengthen when she was 3 months old.

• Izzy needed to eat every 2-3 hours, and I would follow her hunger cues to find out when feeding time was.

• Her “playtime” often consisted of: tummy time, playing on her play mat, story time, or going out for a walk.

• Our true bedtime often didn’t really happen until much later, as she had a witching hour in the evening that lasted sometimes until 10 or 11 at night. This went away by the time she was approximately 2.5 months old.

• Moral of the story? I had a lot of down time during the day — but nights were often a battle.

Other Routines On My Blog:

In the comments, tell me: Did you follow a routine when your baby was a newborn? What did you do?